The Dirty Hands of the Machine 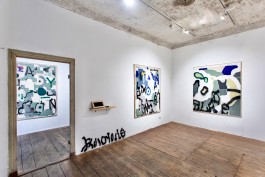 View of The Dirty Hands of the Machine, Raum für drastische Maßnahmen, Berlin, 2021. 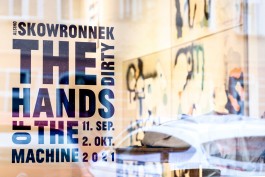 In previous centuries, artists would trace their inspiration to the time they spent in leisurely contemplation as they followed their own interests. For artist, graffiti writer and programmer Alsino Skowronnek, his artistic source is a computer program. Through his programming work, Alsino has developed various machine learning approaches that produce templates which he uses for his visual art. Contemplation gives way to a kind of dreaming, but instead of appearing during sleep, the artist’s surreal, subconscious images are produced by a form of artificial intelligence – one whose subject is the New York graffiti scene of the late 1970s and early 1980s.

For one of his AI models, Skowronnek sourced more than a thousand photographs of tags from an Instagram account and matched the individual letters in them to the alphabet. The program created a typeface of letters which the artist then used to paint more tags as well as graffiti images and murals. These "ghost tags", as Skowronnek calls them, have freed the artist from his own handwriting and the tagging habits he had relied on for years. By learning the font that the program created, he has been able to develop new pictorial and compositional ideas. These were put into practice in the Californian desert, where Skowronnek built his own wall out of chipboard. The sparse terrain became home to a mural that is, by turns, a land art installation and a kind of urban readymade – albeit one located in an environment hostile to humans. 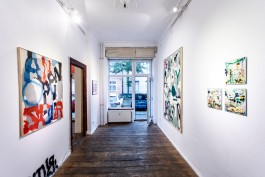 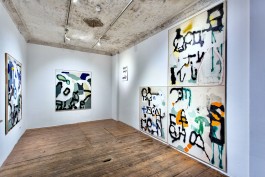 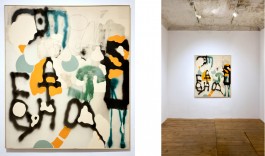 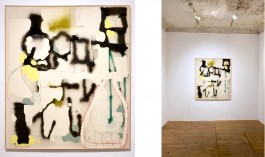 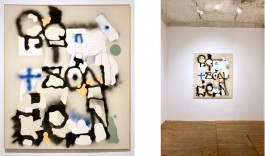 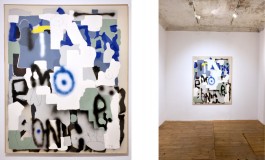 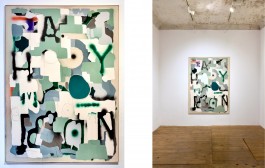 Besides landscape installations and street painting and writing, Skowronnek also creates classical panel paintings. Here too the canvases use the digital results of his programming, as can be seen in »Tribute to Blade«. This work can be best understood not by looking at the aesthetics, but from the title: Skowronnek took works from graffiti pioneer Blade and fed them into his program to create new images. Rather than produce tags which could be typed out as words, Skowronnek trained his model to generate wholly novel image formations from Blade’s material.

The resulting compositions of colour and shape are reinterpreted on the canvas, with each painting using a different machine learning model. Diverse pictorial spaces emerge: sometimes they are filigree and reminiscent of skeletons, sometimes they appear as distorted and abstracted watercolour-like code, and sometimes they take the form of dense drip paintings and mosaics made of broken up and reassembled images. For Skowronnek's work, graffiti provides both the impetus and a diversion on the path to the finished picture. In between stands artificial intelligence, something which – perhaps reassuringly – produces yet more abstraction.